My current research investigates political and public discourse, especially as it relates to authoritarian, demagogic, and extremist rhetoric. I also write about bureaucracy, institutional rhetoric, histories of rhetoric and writing (particularly in higher education), and historiography and archives. 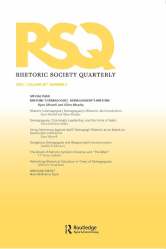 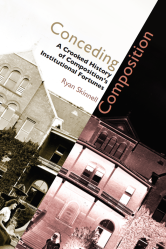 Rhetoric and Guns explores rhetoric in the contexts of gun violence, legislation, culture, media, history, and education. Guns and gun violence occupy a unique rhetorical space in the 21st century United States, one characterized by silent majorities (such as most gun owners), vocal minorities (such as the firearm industry and lobby), and a stalemate that fails to stem the tide of the dead.

“Coming to Terms with the Inevitability of Epic Failure, or Once More unto the Breach.” Explanation Points: Publishing in Rhetoric & Composition. Ed. John Gallagher & Dànielle Nicole DeVoss. Logan, UT: Utah State UP (2019): 229-232.

“You Might Think It’s Okay, But I Don’t: Tracing Symploce in Democrats’ Response to the Mueller Report.” Citizen Critics, 29 Mar. 2019.

“All Together Now: Consubstantiality in the Controversy around a Native Elder and a #MAGA Hat-Clad Teen in D.C.” Citizen Critics, 5 Feb. 2019.

“The Rhetoric of ‘Outside Agitators’ Has a Troubling Past We Can’t Ignore.” Columbus Ledger-Enquirer, 2 Dec. 2018.

“A Tale of Two Demagogues: An Interview with Ryan Skinnell and Jennifer Mercieca,” Rhetorically Speaking podcast, 5/1/2019